If this is true, there is more money form Android market for Microsft than new Windows Phone OS? 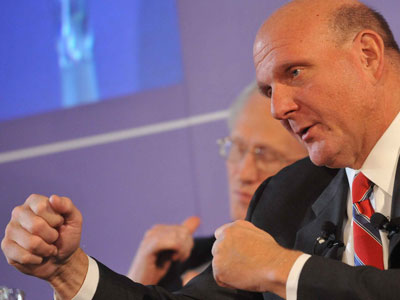 According to Citi analyst Walter Pritchard, who released a big report on Microsoft this morning, Microsoft gets $5 for every HTC phone running Android

Microsoft is getting that money thanks to a patent settlement with HTC over intellectual property infringement.

Microsoft is suing other Android phone makers, and it's looking for $7.50 to $12.50 per device, says Pritchard.

We knew hardware companies were paying Microsoft, we just didn't know how much. (In October Steve Ballmer said, "Android has a patent fee. It's not like Android's free.")