Windows Phone 7 – what to expect ?

We are really hoping everything works out OK for Microsoft this time. Smartphone OS arena definately could do with another strong player, competing with iPhone OS, Android, BlackBerry OS… Windows Mobile failed to deliver, and frankly, versions 6.5.x were a big disappointment. So we bring you a recap of the important news since the unveiling we covered live at Mobile World Congress 2010, Barcelona. 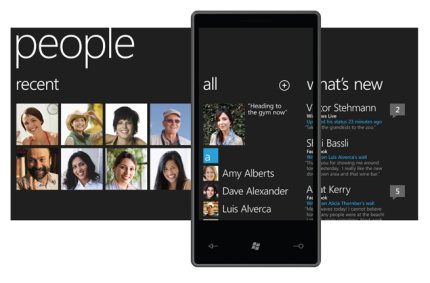 We really dig the new flat 2D look, with effective annimations in all the right places. The search engine linked to the hardware button is, of course, Bing. The most interesting part was not shown completely – The way Office Hub will look and function like. Now we have more details, and two videos of Office Hub in action.

As far as the hardware goes, for starters new WP7 phones need to have 3 hardware buttons below the screen: back, windows, search. Therefore some of the current high-end models do not qualify for the upgrade (for instance HTC HD2). Processors must be ARMv7 compliant, video vith hardware acceleration, all the screens must be capacitive (no more stylus) multi-touch, camera and WiFi/BT are a must as well as the FM radio receiver (why?). All the sensors you'd expect from a new phone must be present in all of the upcoming WP7 devices: Accelerometar, digital compass, light sensor, proximity sensor. More info on the architecture and update process can be found at BGR.

Then came the MIX10 conference in Las Vegas, where guys from Microsoft presented more info on this platform. All the recorded sessions can be found on a Windows Phone Developer Blog.

Windows Live ID account will be needed to use the phone (did anyone say Gmail+Android?). It is great to hear that 3D grapics are run using Direct3D 11, and one of the demo games was shown on a couple of occasions.

Windows Phone Developer home page has all the necessary tools, so you can join the hype and start developing. Or you can just try out the emulator and get to know the look and feel of the new OS. One of the guys from Microsoft has been very productive on Twitter, so everyone that wishes to be informed on this topic, check out Charlie Kindel's Twitter page.

One of the cool applications shown on Microsoft events was Foursquare. 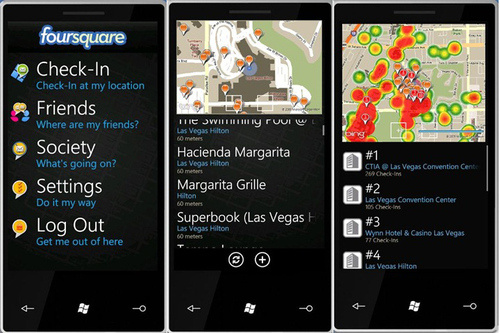 We really like the directions and positive vibe Microsoft is sending to the developers. There is just one small problem, new Windows Phone platform is not compatible to previous applications that made Windows Mobile popular. Microsoft is starting from the beginning. At this point iPhone has about 185.000 applications, and Android has been chasing them with over 50.000 and rising fast (april 2010). Microsoft will definitely have a great plaform, but near-empty marketplace. A lot of effort has been communicated towards the developers, and the required tools made free (check the above address). Silverlight all the way.

Another controversy is multitasking, as far as things stand at this point – WP7 won't have it for 3rd party applications. We could think of many situations where we would like multitasking (even iPhone users will say they need it as soon the OS gets it ;)). Microsoft still has to decide if it will allow copy/paste, something that was missing in the first versions of the iPhone OS. Strange… 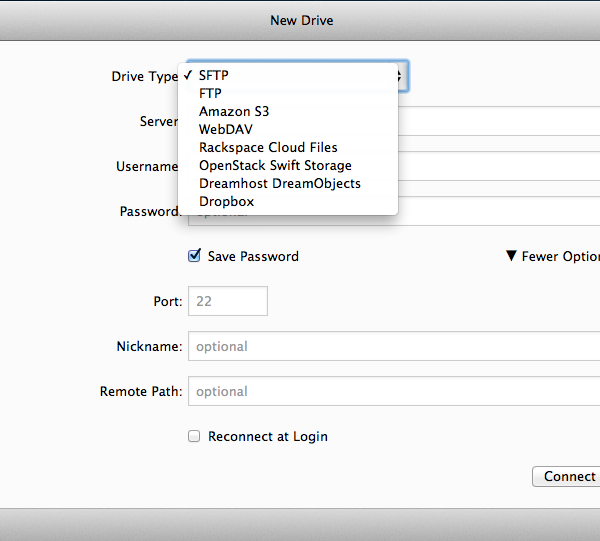 Continue reading...
1 Discussion on “Windows Phone 7 – what to expect ?”